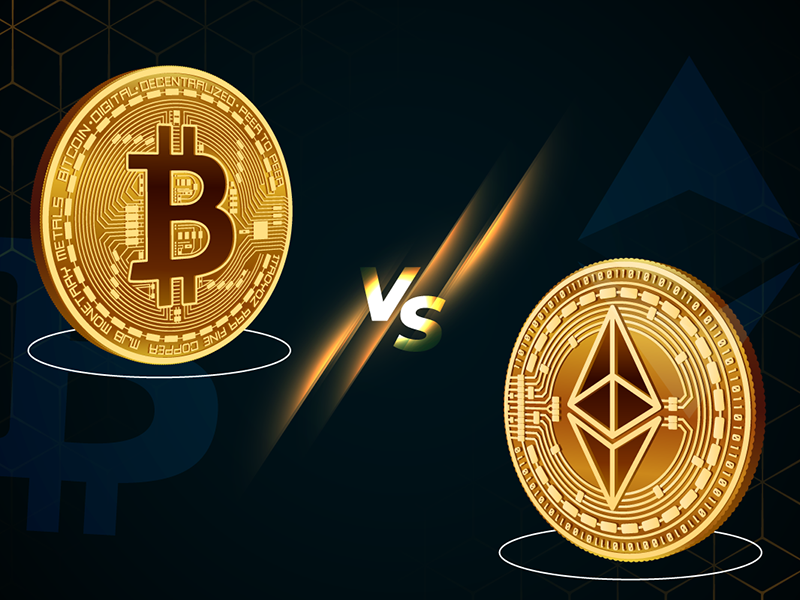 In this article, we’ll take a look at the differences and similarities between the Bitcoin and Ethereum blockchains. Each has its own unique purpose and use cases, and each comes with a bunch of both cons and pros. Let’s find out.

The #1 thing Bitcoin and Ethereum have in common is their top-ranking places across the crypto world. At the time of the release, each was a game-changer and continues to be a trendsetter to this day, each in its own way. 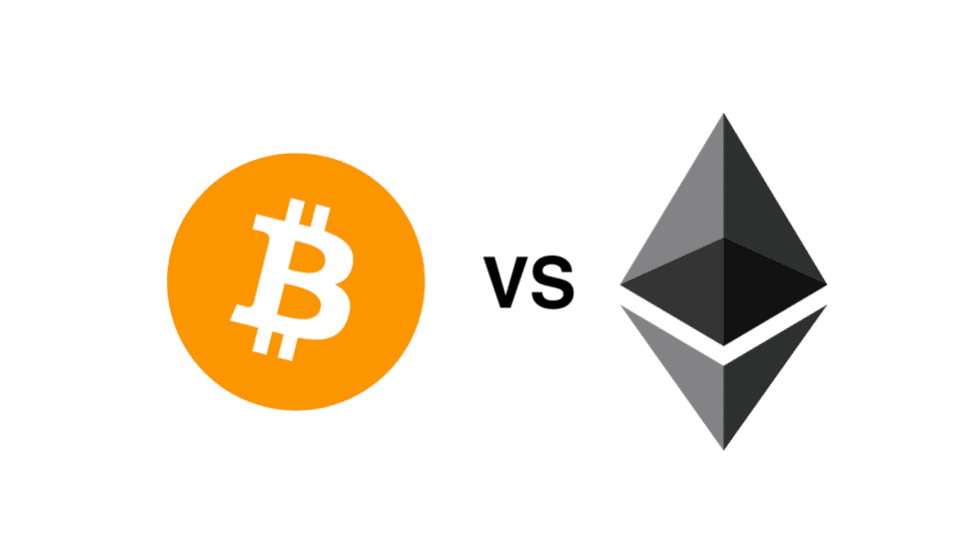 However, comparing the two is basically apples and oranges, and there isn’t too much that can be said about each beyond their top-ranking spots in the crypto world. One key thing they have in common is the consensus mechanism. Both Ethereum and Bitcoin live off a Proof-of-Work consensus, which calls for hardware powers to forge new blocks and mine new tokens. Another similarity is that they both enable P2P transactions and are run by a distributed global network of independent nodes.
Now, let’s dive into the differences.

First and foremost, it’s the origin. Bitcoin came out of the mind of an unknown entity going by the name of Satoshi Nakamoto, who published the Bitcoin whitepaper back in 2009. In the document, the author laid out the core principles of a “Decentralized Peer-to-Peer cash system”, which were then quickly picked up by the worldwide community, leading to the creation of the cryptocurrency market as we know it.

Ethereum, on the other hand, was founded by a team of known tech experts spearheaded by Vitalik Buterin. Vitalik published the Ethereum whitepaper in 2013, 4 years after the launch of Bitcoin. At that time, the Bitcoin network had already managed to show its best and worst sides, and the principles behind Ethereum were largely aimed to improve on the flaws of Bitcoin. The Ethereum team

Vitalik and most of his core team are still at the helm of the project to this day, whereas Satoshi Nakamoto never appeared in public or was confirmedly contacted in person.

Bitcoin, the cryptocurrency, is meant to be a store of value, and that’s the only purpose it’s suited for. The Bitcoin network is centered entirely around BTC, which also serves as the ‘native’ coin for paying transaction fees.

Ethereum, in turn, is a vast and thriving ecosystem hosting the overwhelming majority of well-known cryptocurrency projects and pretty much all the world’s biggest altcoins (ERC-20 standard tokens). “Ecosystem” is the keyword here, as that was the initial goal of Ethereum, which it still is to this day. Its native token — ETH — is used as fuel to pay transaction fees and to keep the network going at the hands of the validators. Unlike BTC, ETH is not a ‘currency’ per se but rather a utility token that also appears to be wildly popular and very expensive thanks to its usefulness.

The bedrock of the entire Ethereum ecosystem is the Ethereum Virtual Machine — its own computational engine allowing it to host other projects on top of its architecture. Thanks to the EVM, the network has been home to most of the world’s DApps (Decentralized Apps) by hosting a plethora of smart contacts.

Apart from that, the Ethereum network is also home to other crypto tokens aside from ETH. ERC-20, the network’s own token standard, enables a plethora of tokens to coexist within Ethereum and sometimes to be bridged to other networks. These tokens are widely used in DApps, blockchain games, and sometimes as digital currencies; most of today’s major altcoins are ERC-20 tokens.

And as importantly, the Ethereum blockchain is the home of DAOs — Decentralized Autonomous Organizations — collective entities wherein members can set arbitrary rules and have full governance over processes happening within their groups. In other words, separate digital communities with their own independent governments.

Bitcoin and Ethereum are very different in how they approach transactions. Bitcoin uses a UTXO (Unspent Transaction Output) model, wherein the network processes any outputs about the remaining cryptocurrency once a transaction is done and forwards that output to power new transactions.

This model is a bit hard to get to grips with, but it’s precisely what ensures the security and anonymity of Bitcoin transactions. The system only tracks transaction outputs, and no information about the user can (or needs to) be collected.

Ethereum uses an account-based model, wherein a user transacts using their pre-registered account, like those in crypto wallets. This model, of course, takes a lot away from anonymity, as the transactions done on the network are easily trackable and can lead to spotting an account linked to them. However, this model also boasts scalability and throughput, as user accounts liberate the network from having to create a new address for each transaction as Bitcoin does.

Bitcoin was written in C++, while Ethereum was made using its own programming language called Solidity. There are reasons for that, as well as a number of nuances.

Bitcoin’s simplicity and robustness had come to be perceived as rigidity, too, and that is precisely the problem Ethereum is trying to solve. The key term here is Turing-completeness, or, simply put, the ability to perform computational tasks of any kind.

The Bitcoin network was not cut out to be versatile and is restricted to simple, straightforward smart contracts (incl multi-sig and escrow). However, that also pertains to the key tenets of the network: security, decentralization, and censorship-resistance of P2P transactions.

The Ethereum network, on the other hand, rests on four pillars, each being a flaw of Bitcoin resulting from what’s described above. Those pillars were listed in the Ethereum white paper and are:

But even with those restraints in mind, the Bitcoin network to this day remains practically impossible to hack. There have been a few major attempts at the blockchain’s integrity, but all of them amounted to nothing. While the Ethereum blockchain also provides significant hack resistance, its side chains are much more susceptible to cyberattacks (talk of the infamous Ronin/Axie case). Also, Ethereum, due to its Turing-completeness and the often unmanageable complexity of the smart contracts, is known to fall victim to bugs resulting in huge monetary losses.

The key difference in the monetary policy of the two chains is a hard cap on supply: Bitcoin is limited to 21,000,000 BTC, while Ethereum has no cap on the supply of ETH. At the time of this writing, Bitcoin has ~19,000,000 BTC in circulation, which is about 92% of its max supply. The amount of ETH going around is over 120,000,000 and is potentially infinite.

The initial BTC-per-block issuance rate was 50, and as of May 2022, it’s reduced to 6.5. The rate is deliberately and systematically cut in half every 4 years (or Reward Eras, as they’re called within the network), which is also known as the “halving”.

Halving ensures the longevity of the network and the practice of BTC mining because 100% BTC will only be mined around 2140. Every halving so far has been followed by a drastic increase in BTC price. The next halving is planned for 2024, after which the emission rate will be 3.125 BTC/block for the following 4 years.

The annual inflation rate of BTC is about 4%, making Bitcoin a deflationary ecosystem. This gets widely criticized because of the fact that deflation prompts accumulation and not spending. However, deflationary economies also have lower interest rates and production costs, so even with its cons in mind, Bitcoin adoption is considered a welcome prospect by many.

Ethereum, on the other hand, does not have a hard supply cap, and although it sticks to a Proof-of-Work consensus mechanism, it doesn’t have any fixed emission reduction rate, either. The issuance rate is reduced occasionally, usually during hard forks. The latest reduction happened during the Constantinople hard fork and resulted in a drop from 3 ETH down to 2 ETH. The total supply of ETH had only grown about 2.71% over the last year.

Both the networks stick to a Proof-of-Work consensus mechanism, meaning that both require miners with hardware computational powers to produce blocks. Ethereum has been known to be preparing for a switch to a Proof-of-Stake model called Ethereum 2.0, but that hasn’t happened yet, and there is little certainty as to when exactly it will.

The Proof-of-Work algorithm used by Ethereum makes it more decentralized in theory but also less secure and scalable (see the Buterin Trilemma to learn more), and that is the main reasoning behind the team’s desire to switch to a Proof-of-Stake model (not to mention the transaction load that the Ethereum Virtual Machine has had to endure).

Bitcoin can only process 4 transactions per second, whereas Ethereum can do 15. These numbers are still very small and not nearly enough to compete with traditional banking and payment systems.

Both the networks have been trying to increase their speed and throughput. Bitcoin’s Lightning network should, in theory, fix that by offering millions of TPS, whereas Ethereum uses sharding (splitting each transaction into smaller pieces) and bets on the Proof-of-Stake transition and its off-chain scaling solution called Raiden network as a long-term fix.

Bitcoin sticks to a soft-forking model, wherein after each network upgrade, a snapshot of the previous version is kept, allowing the network to stay intact and for all nodes who didn’t upgrade to continue working.

That’s not to say Bitcoin doesn’t have any hard forks — an example of those in the Bitcoin Cash upgrade prompted by block size and Segwit disputes. But these occasions for Bitcoin are, indeed, rare, and the network functions in a backwards-compatible way, allowing it to stay fully decentralized.

Ethereum, on the other hand, keeps to a hard-forking model, where each network upgrade is a major transition to a new version altogether.

All active nodes are forced to comply with the fork if they want to continue working. However, this is largely justified as Ethereum has a tight-knit community with a high level of unanimity as to where to take the network next, so hard forks don’t usually lead to any network disruptions.

Bitcoin and Ethereum are two fundamentally different things, and although they do have some superficial similarities, they’re much more different than similar. However, you can’t overstate the importance of each in the establishment of the crypto scene as we know it. Without Bitcoin, there would’ve been no Ethereum, and without Ethereum, there would’ve been no DApps, DAOs, and other cool blockchain ecosystems. 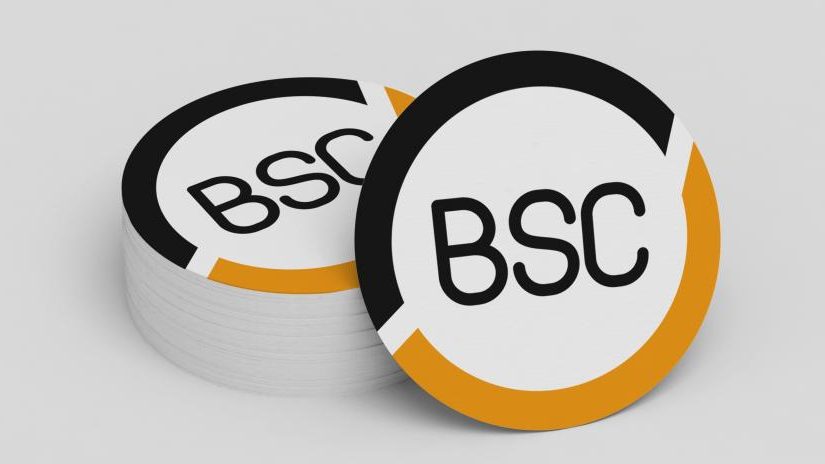 How to create a BSC token? An easy guide 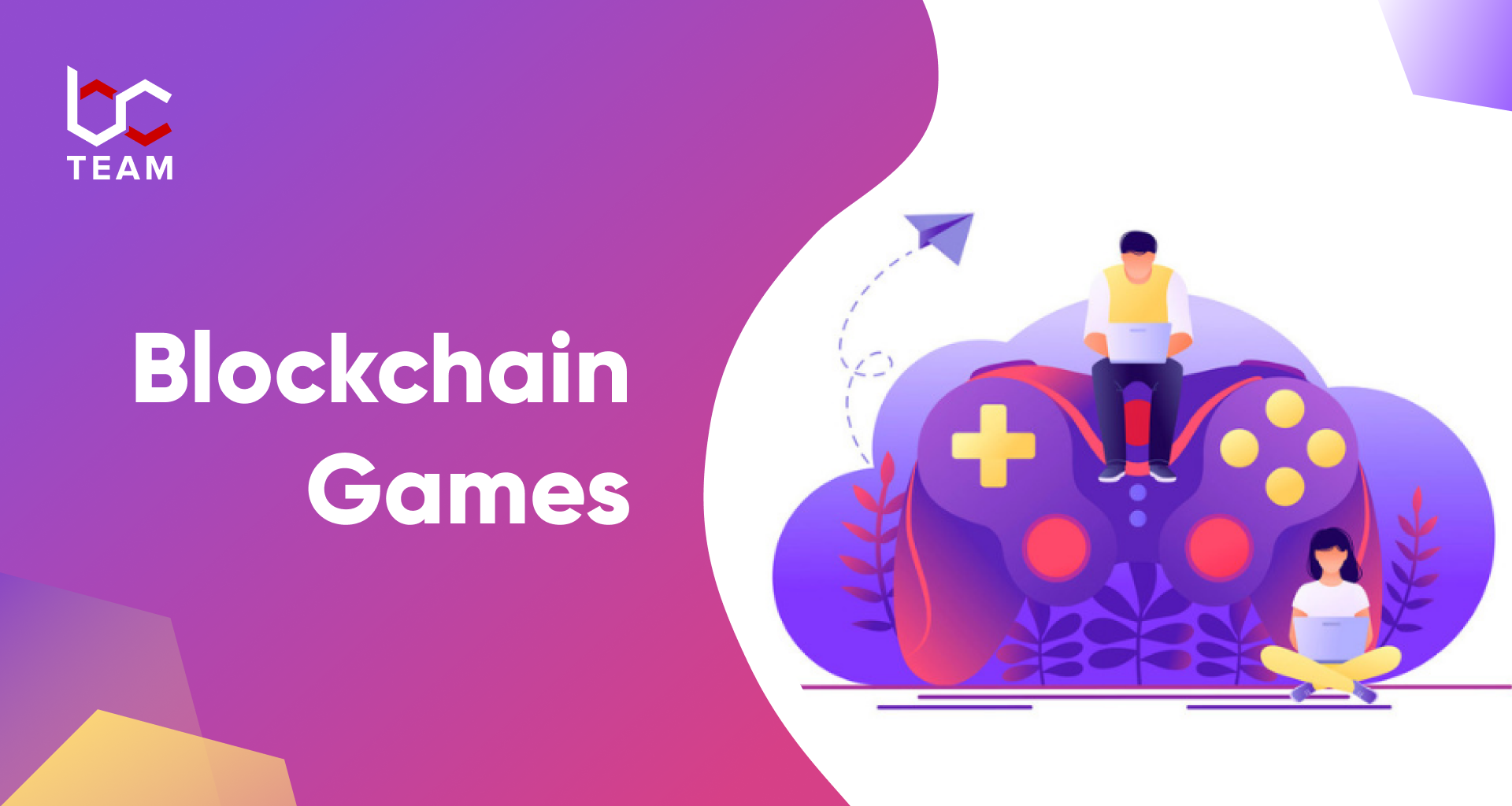